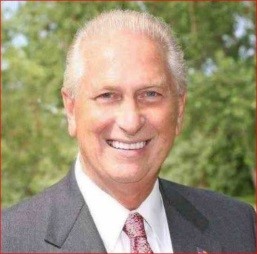 Born and raised in a humble Christian home in Georgia, Cleve Tidwell graduated from Norman Park College in Georgia and served in the U.S. Marine Corps. He began climbing the business ladder in Atlanta and moved rapidly from sales to management and continued to earn his way into senior management where he spent 20 years with the Textron Corporation. When the company sold in 1996, Cleve started his own consulting firm which later spread to an international company. His specialty in risk-management, investments, leadership and management development became highly sought after in companies in and out of America. He merged his company in 2003 with Knows-Iland of Japan with offices in Tokyo and Osaka. The company later opened an American division back in Denver in 2004 and Cleve returned to Denver to direct the North American operations as President. Cleve resigned from the company in 2009 to run for office in the United States Senate.

Cleve was selected by Nancy Reagan’s staff to run the “Just Say No” Program in the southern states. A lifetime volunteer, Cleve served as director of a Central American Village for over 80 people who lost their home in Hurricane Mitch in 1998. Cleve is an active member of the Red Cross, certified to assist in disasters both in and out of the United States.