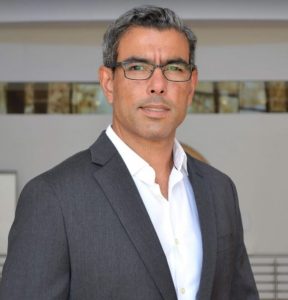 Reinaldo Boneta-Hilversum is a Global War on Terrorism operations retired veteran, who brings over 20 years of combined experience in the military, federal, and private sector. As a fast-tracker within the military ranks, Mr. Boneta earned his way as a senior enlisted member of the United States Army where he initially served in the aviation electronic maintenance field. While working in this critical field, Mr. Boneta climbed up to higher leadership roles such as Production/Quality Control Supervisor and Technical Inspector for the avionics (including classified equipment), helicopter special electronics, and aviator’s night vision & thermal imaging assigned sections.

As an Senior Advisor to the EMP Task Force as well as to the Caribbean Reginal Director, Mr. Boneta’s mission & goal is to foster collaboration and information sharing that enhances our collective ability to address threats to the Caribbean area (Commonwealth of Puerto Rico and the Virgin Islands) critical infrastructure through a private-sector/local government partnership.