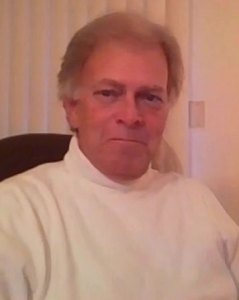 Innovation and conversion of theory into practical application is the hallmark of Doug’s business and professional life, which has achieved a global reach in more than one varied field.

Doug’s “first act” was originally as a Wall Street speculator, and later as a noted value investor in Wall Street investments, (1974 – 1989). A degree of international recognition was gained through numerous network-produced radio and television media including the Financial News Network (now CNBC).

Doug’s passion migrated from “securities analysis” to “security analysis” while serving as chairman and president of a small Mid-Western defense contractor.

In the field of security and defense, Doug’s writings have been cited as authority both domestically and internationally: domestically by Columbia University; and internationally in both academic and commercial arenas. Examples of the latter are college-level texts authored by Gordon Manson and Nasser Abouzakhar of faculty at University of Sheffield (England). Doug was cited as authority also in a presentation and paper, for peer review, before the International Electrical and Electronics Engineers (IEEE) the international standards governing body, prepared by Yang Hongyu, Sun Jizhou, and Xie Lixia of the Department of Computer. Science, Civil Aviation University of China, (Tianjin, China). In the commercial arena Doug was cited as authority in corporate white-papers of ING Financial Services (Brussels, Belgium).

Since 2002, Doug has been most fully engaged (Acting Executive Director) in a collaborative, informal working group to develop a public-benefit organization, USAPACT which launched in 2016. The mission of USAPACT is to raise the knowledge-base and resiliency of the American populace to man- made and natural disasters, and gather the well informed participation of the “everyday” American populace to “preserve all that has been preserved for us.”

Other current endeavors are: