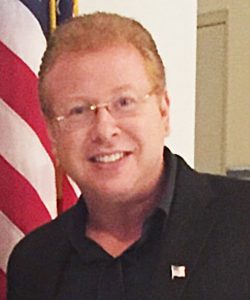 Larry was born and raised in Brooklyn New York. He graduated Brooklyn college in 1987 with a B.A. in Biology. He then graduated New York University College of Dentistry in 1991 with a Doctorate in Dental Surgery and then also completed his postgraduate training at New York University College of Dentistry to earn his specialty certificate in orthodontics in 1993. He then began his private practice in Boca Raton Florida in 1993.

His practice then grew to be the largest single orthodontic practice in the United States. The practice became the staff model for the American Association of Orthodontics. His office won the prestigious American Society of Interior Designers Healthcare Project of the Millenium Award in the year 2000. The aquatic themed office gained further notoriety after National Geographic featured the office on its global show Fish Tank Kings (see braces1.com ).

Larry then started another company, TheaterEars, which dubs movies in real time in foreign languages in every theater in the US and Puerto Rico. This is done through audio fingerprinting for which Larry’s company has four issued patents and a total of 21 patent applications. The app has over a third of a million users and his company has contracts with Disney, Universal, Warner Bros, Sony, Paramount, Lionsgate and STX Studios. Larry is both the founder and the Chairman of the Board of TheaterEars.

He used the knowledge that he gained in TheaterEars to help Senator Ron Johnson and the Senate Homeland Security and Governmental Affairs Committee gain access to the phone of the infamous San Bernardino shooter. He also was asked to brief Senator Johnson (chair of Senate HSGAC) for the 2016 Annual Threat Assessment hearing.

Larry has also worked with the House Transportation Committee (subcommittee on aviation). He has done so to enhance airline security with an emphasis on ADS-B (automatic dependent surveillance broadcast) radar.

He has also been the private client of Judicial Watch since 2013 with whom he has worked with on three federal cases including one cert petition in the United States Supreme Court.